later...
just got back from a family trip to Bath.
but it was a fun afternoon!!
Posted by stephanie at 10:26 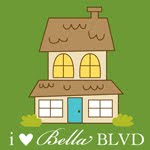